HCP-GoComprehensive analysis of your project's schedule

"I highly recommend anyone working with project schedules to get HCP analysis for each of their schedules." 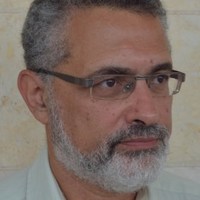 "I highly recommend anyone working with project schedules to get HCP analysis for each of their schedules."

200+ projects were analyzed by companies that include...

Previous
Next
Highway 50, Jerusalem
The project was chosen as an outstanding project in the field of infrastructure by "The Israeli Association of Construction & Infrastructure Engineers" and as "Project of the Year" by PMI-Israel in the yearly project management competition (2015). This is a mega project with a total scope of NIS 1.2 billion. With HCP, the project was completed two and a half months in advance, and with budget savings of about 3%.
Semiconductors Factory
The construction of Allegro Microsystems' semiconductors factory in Massachusetts, USA.
The HCP Analysis assisted in bringing the project's completion date ahead by three weeks and a with a budget saving of $700,000.
Section 18 of Highway 6, Israel
The HCP analysis found that the project's schedule could be shortened by eight months. Eventually, the project team carried out the project with great success and completed it 5 months before the contractual deadline.
Previous
Next 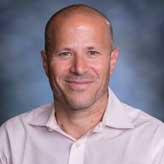 0
Dollars Saved
in His Project

“We used HCP to schedule analysis in building a sterile compound. The analysis revealed significant findings, which we did not know how to identify by any other surgical method. The HCP insights helped us complete the project three weeks ahead of schedule, with savings of $700,000 below the original budget.” 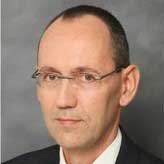 0
Number of Activities
in a Schedule

Today, at Ben-Gurion University and its’ branches, no planning, construction, renovation or maintenance project, big or small, begins without a schedule. We run every large & complicated schedule through the HCP application and receive within moments an analysis, which shows us the possible malfunctions and our probability of meeting budget & scope. In the past, the HCP application has revealed failures likely to occur during the project and gave us an opportunity to correct them before becoming a stumbling block. This helped resolve conflicts, which arose in the face of unrealistic timetables which were diverted in favor of one side. Eventually, the crisis was resolved peacefully, even before the project began. 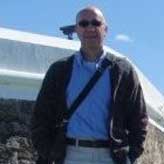 Monitoring over the contractor’s schedule is carried out on the engineering and technical level in terms of the correctness of the activities, the continuity and the resources included therein. The HCP analysis enables to accurately understand the project’s schedule structure, detects faults that can’t be found in manual labor and helps orient oneself within a schedule which includes hundreds or thousands of activities. Without a doubt, the HCP analysis is a convenient and fast way to get a reliable schedule to a very high standard which meets the goals of the project.”

Analyze your project schedule by yourself, and receive a detailed report in seconds

Improve your schedule with the HCP analysis findings

Manage your project with insights and tools
you don't have today

Additional information about the HCP method

The HCP report - What does it include and how is it used?

How to use HCP in my project?

Run the HCP-Go on your schedules file!